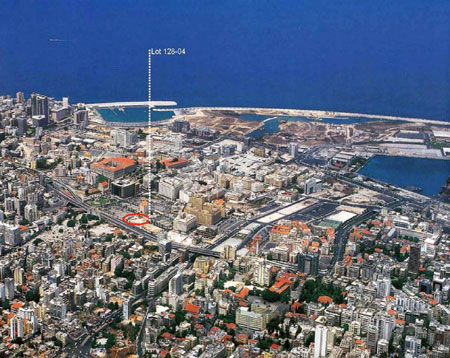 It seems the rebuilding Beirut is going to thrive and hopefully going to give a big leap in her culture heritage this time. The Ministry of Culture of Lebanon has declared an international architectural competition to design the House of Arts and Culture in the heart of Beirut city. The competition is open to any registered architect (registered or member of institute of their own country) from any country (association of architects is also allowed).  The first prize winning entry will get the commission for building the project on site. There are monetary prizes for second and third prize winning entries as well.
Registration Deadline: 29th September 2008
Submission Deadline: 30th January 2009
Registration Fee: $ 250 USD non refundable (online registration is open and money transaction can be online or via bank to bank)
More info:
Visit the Competition Website: darbayrut.org
CLICK HERE to download the competition brochure.

The House of Arts and Culture is the first large cultural project to be built in Lebanon. Funded by a grant from the Sultanate of Oman to the Ministry of Culture, it will be located in the capital city of Beirut. The House will offer spaces for the performing and visual arts, for documentation and for training. An incubator for the development of creativity in the country, it will reinforce the role of Beirut as a central place in the international arts scene.

The House of Arts and Culture (the Lebanese-Omani Centre) will be a space for cultural and artistic production, for exchange and interaction between the largest number of Lebanese and especially the youth. It will be an independent space with the aim to contribute to social communication and cultural expansion and to promote creativity in different fields of art and culture.