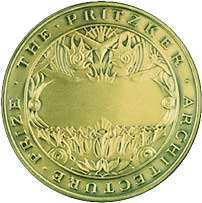 The Pritzker Architecture Prize was established by The Hyatt Foundation in 1979 to honor annually a living architect whose built work demonstrates a combination of those qualities of talent, vision, and commitment, which has produced consistent and significant contributions to humanity and the built environment through the art of architecture. It has often been described as “architecture’s most prestigious award” or as “the Nobel of architecture.”
Many of the procedures and rewards of the Pritzker Prize are modeled after the Nobel Prize. Laureates of the Pritzker Architecture Prize receive a $100,000 grant, a formal citation certificate, and since 1987, a bronze medallion. Prior to that year, a limited edition Henry Moore sculpture was presented to each Laureate.

Nouvel who came to international attention with the completion of his Institut du Monde Arabe (usually referred to as IMA) in 1987 as one of President Francois Mitterand’s Grands Travaux in Paris, now has several projects in the United States, including the Guthrie Theater in inneapolis completed in 2006, a 75-story tower (Tour Verre) next door to MOMA in New York, and recently announced plans for a high rise condominium (Suncal Tower) in the Century City district of Los 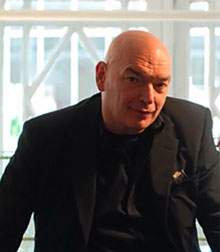 Angeles. In Europe, some of his other important works are the Cartier Foundation for Contemporary Art (Paris 1994), the Branly Museum (Paris 2006), the Agbar Tower (Barcelona 2005), a Courthouse (Nantes 2000), a Cultural and Conference Center (Lucerne 2000), an Opera House (Lyon 1993), and Expo 2002 (Switzerland). Also currently under construction is a concert hall in Copenhagen. Although the bulk of his work is in France, he has designed projects all over the world, including Japan, Spain, England, the Netherlands, Austria, Italy, Czech Republic, Germany, Belgium, Luxembourg, Korea, Mexico, Israel, Brazil, Qatar, Lebanon, Cyprus, Iceland, UAE, Taiwan, Malaysia, Portugal, Kuwait, Morocco, Russia and the U.S.— well over two hundred in all. In announcing the jury’s choice, Thomas J. Pritzker, chairman of The Hyatt Foundation, quoted from the jury citation,
“Of the many phrases that might be used to describe the career of architect Jean Nouvel, foremost are those that emphasize his courageous pursuit of new ideas and his challenge of accepted norms in order to stretch the boundaries of the field.”
And further, Pritzker added, “The jury acknowledged the ‘persistence, imagination, exuberance, and, above all, an insatiable urge for creative experimentation’ as qualities abundant in Nouvel’s work.”
In Nouvel’s own words, “My interest has always been in an architecture which reflects the modernity of our epoch as opposed to the rethinking of historical references. My work deals with what is happening now—our techniques and materials, what we are capable of doing today.” 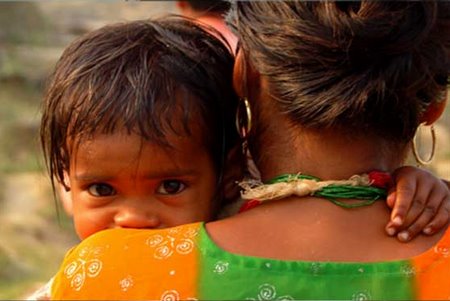 Open Architecture Network was started with a vision to improve the living standard of the world through collaborative design. It is an amazing idea of an attempt to change the dwelling condition among developing nations from the design ideas submitted by people from all parts of the world in a website. That is OpenArchitectureNetwork.org.

Its something like, you are passing by a slum in your locality; (generally after being a related person to architecture) you start thinking of some better solutions for their dwellings. We often play around lots of ideas like this. Now if we don’t just play around ideas, if we start designing them? And in this way if all the design ideas from across the globe can be collected to a place and selected for making them in reality, what would happen? Soon we could be in a world without homeless people, without slums in the cities. OAN is trying to do something like this. Lets participate in that positive movement….

Open Architecture Network has been declared an open design competition for three projects in three different sites. The sites are in Ecuador (South America), Kenya (Africa) and Nepal (Asia). The competition is entitled as AMD Open Architecture Challenge, organized by the OAN and sponsored by AMD.
This competition is absolutely open for everyone from students to architects even for any non professional person. The deadline (14th Feb. 2008) of the submission and registration is open for more 70 days from this news has been published in ArchSociety. All other necessary information regarding this competition is available here:
http://www.openarchitecturenetwork.org/challenge

All interested members are requested to post their queries in the discussion forum. (Till this news is being written,) We came to know that few of the ArchSociety members are going to participate in the Asia Challenge (the Nepal site), so if anyone gets any extra information regarding the sites and programs than the official website are requested to post them into forum for others help.
May the holly idea and intention of OAN become a reality in the near future. ArchSociety will always remain as a friendly community support to them.

The seminar "City and Water – Dhaka/Berlin" is going to take place on 26 until 28 August 2007 and is fruit of the co-operation between Goethe-Institute Dhaka, Habitat Forum Berlin and MBZ/Alumni Bangladesh.

It is structured in three independent blocks, of which each will be treated on one day: ARCHITECTURE, HYDROGEOLOGY and PUBLIC SPHERE. Each of the three days is concentrated on one of the three topics and involves a guest from Germany and experts from Bangladesh, approaching an audience of scholars, researchers, students, activists etc.

In the next days a poster with the finalised programme will be ready. And we hope to invite a wide audience of architects, architecture students, different exprets, sociologists, artists, environmental activists, etc. to discuss with us.

Call for Entry of Photographs
Goethe Insitute has started a call for entries for photos of Dhaka and Berlin that should be projected on the last day of the seminar.
Architects, Students, Photographers and photography schools are invited to submit their works in form of photographs related to following topics:
City and Architecture (architecture on water, but also examples of how architecture interacts with water)

To ensure variety, most diverse, personal interpretations and views on the topic are welcome.

Submission term: please hand in all works, in a CD, at Goethe-Institute until 16 August!
The best photos will be chosen to be showed in a live presentation during the seminar at Goethe-Institute.
We are looking forward to diverse, artistic, original entries!!!

For more information regarding the event plese CLICK HERE.
ArchSociety is working behind as the online news publishing and as a webpartner for this event. You can ask for any query by commenting to this news, we'll try our best to give you prompt feedback.

The seminar is being organized by Goethe-Institut Dhaka and Habitat Forum Berlin in co-operation with the Alumni Association of the German Universities, The German Embassy and GTZ.